The Center of Excellence in Development of Non-Profit Organizations at King Fahd University of Petroleum and Minerals Research Institute is regarded as the first of its kind in the Kingdom and is poised to take the Saudi nonprofit landscape to the next step by setting new standards and leading nonprofit capacity building initiatives.

Through its recently established Academy – the Al-Fawzan Academy for Leaders Development in Non-Profit Organizations, the Center promises to train and nurture the next generation of cutting-edge leaders equipped with practical skills crucial to addressing the most pressing leadership challenges in a contemporary nonprofit arena. The center is mainly aimed to set itself as the new benchmark in community development and improvement.

The company decided to work on a whole modification plan to improve all its marketing channels including its official website. After checking Smart Touch’s track record and long series of accomplishments, KFUPM  decided to assign its website development task to our company.

The centre’s admin forwarded first its requirements and demands for the new website. It clarified that the website should include still images taken from reality in addition to attractive and original designs.

The website was asked to be developed in two languages, Arabic and English. Also, content creation service was entrusted to Smart Touch. The company’s masterful and experienced content writers and copywriters were assigned to work on developing the website’s content to contextualize its main goals and messages to be clear and vivid to all users logging on the website.

The content was also developed to reflect the company’s premium set of services. After wrapping up the first draft of work, it was sent to the company's representatives for approval, they had some comments and asked for a couple of edits which were put into consideration. After applying all requested comments, the second draft was sent to the representatives who, in turn, accepted it and had absolutely no obstructions about it. 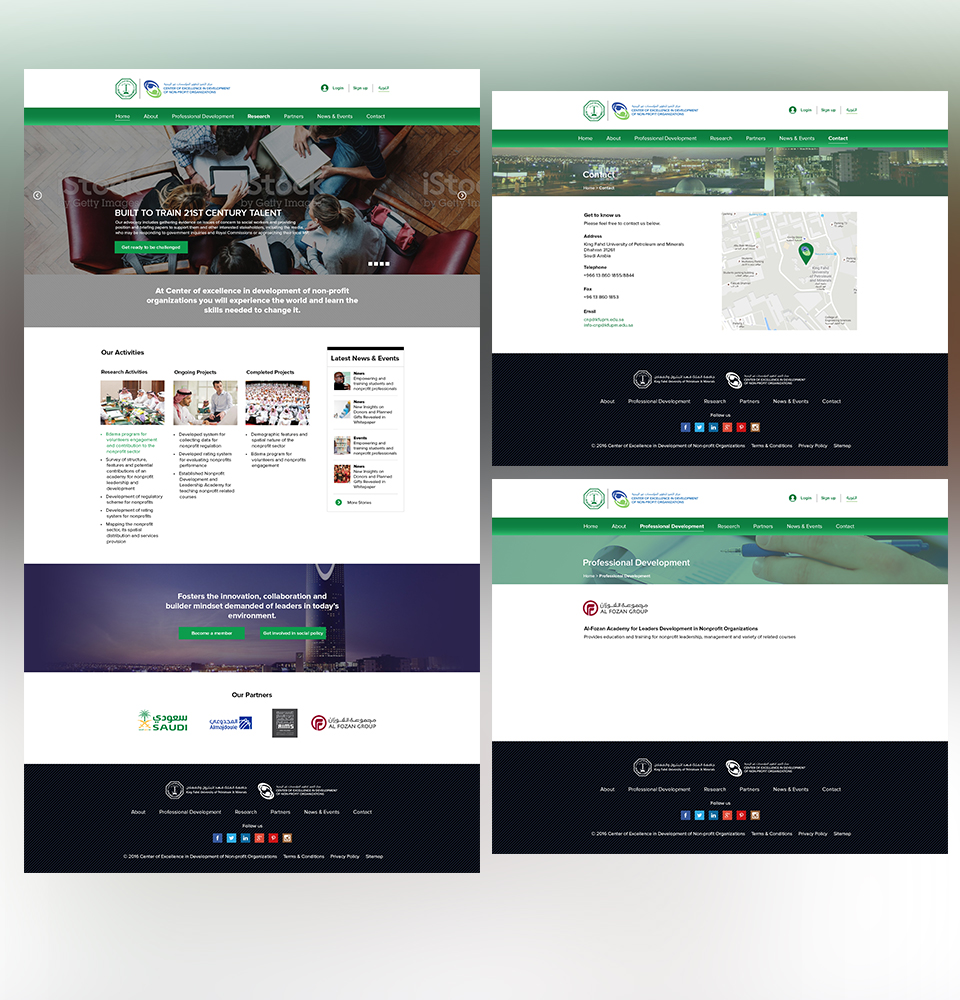 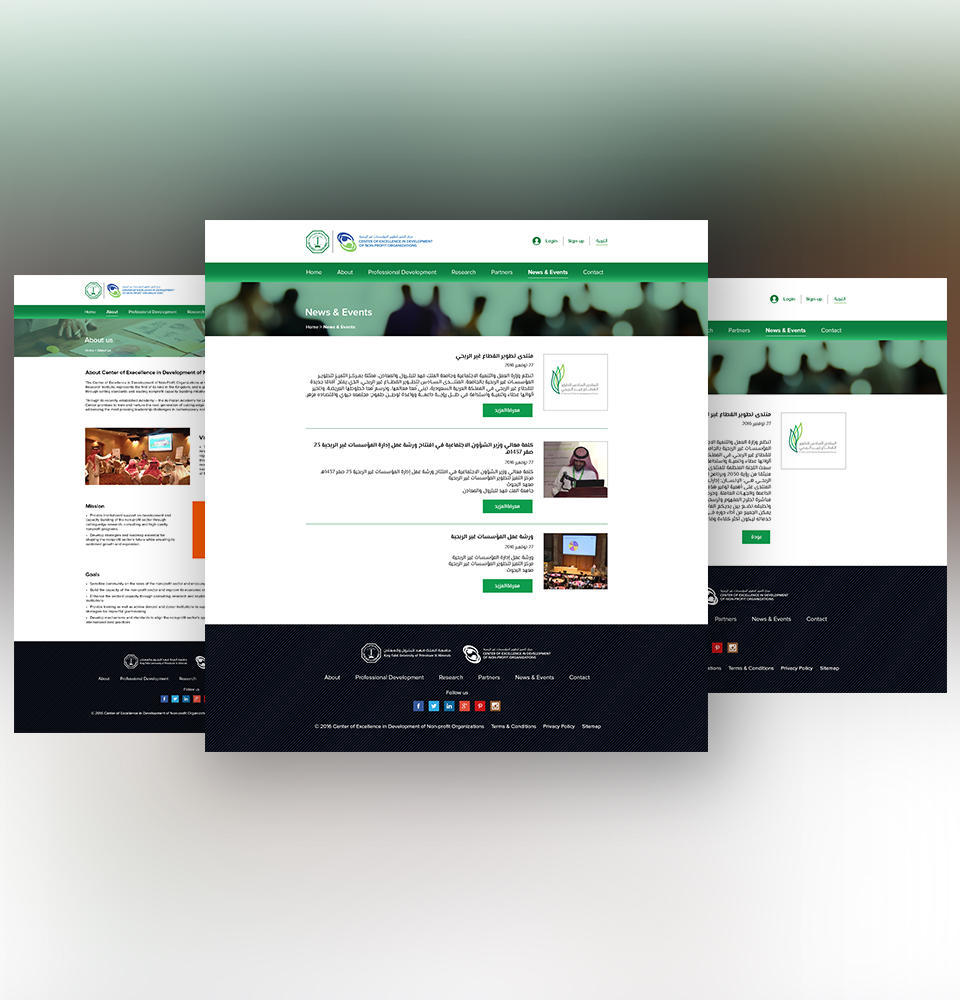 The main aim of designing the website was depicting a formal and professional image of the institute. Meanwhile, it was also meant to be clear and easy to use for all users.

The design pallet is formed of two main colors, white and green which are the national colors of Saudi Arabia and the colors of its flag. That’s not the only reason for choosing both colors, but they are also easier to the viewers’ eyes and more comfortable to receive.

The company asked to establish a simple website introducing the institution's history, goals, and services. The website also was meant to include a news section renewed on a daily basis to introduce the latest events and updates related to the institution’s or happening in its venue.